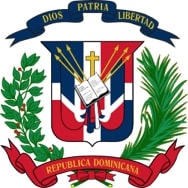 Towards the end of the spring 2019 semester, mathematics professor and faculty advisor Emilio Fernandez, approached Pace senior Adonis Milano to ask him if he was interested in starting a new club on campus.

“The whole mission for [Dominican Student Association] is to incorporate education into our events, our clubs and our meetings,” he said.

“What we have noticed is that it is kind of overwhelming for OLAS to know the little details of every Latin American society or Latin American culture [on campus] . . . and that’s where clubs like DSA come in,” Miliano said. “People who have questions with very specific details can come to DSA [and talk] about those Dominican issues.”

Before becoming president of the club, Miliano did not think that there were that many Dominican students on this campus, but helping lead this organization has really opened his eyes to how many students on campus are actually Dominican. Because of this, and the welcoming response from the Pace student body as a whole, he is optimistic about the organization’s future.

Since the club first received funding from SGA last month, they have had two major events. One was a tabling event where the club introduced themselves to the student body and the second was an event discussing what constitutes a Dominican. The club plans to host more events next semester, including a banquet on February 28, which will be co-sponsored by OLAS. They also plan on co-sponsoring an event with POWER about female empowerment.

“I am really looking forward to working with more people on campus and having most, if not all of our events that we do be co-sponsored with different organizations as well,” Miliano said.

Even though education is the organization’s overall mission, Miliano’s dream is that similar clubs which can tailor to the issues of specific groups of students (i.e. a Puerto Rican club, a Jamaican club, etc.), will form and be built up on campus.

“If these smaller communities were to develop, it would really help the Pace community have more of a cultural diversity,” he said.

The organization is open to anyone and everyone who is willing to learn not only about Dominican culture, but all cultures.

“If people just come [to our meetings or events] and say, ‘I want to learn and grow as a person’, we are very welcoming to that,” Miliano said.