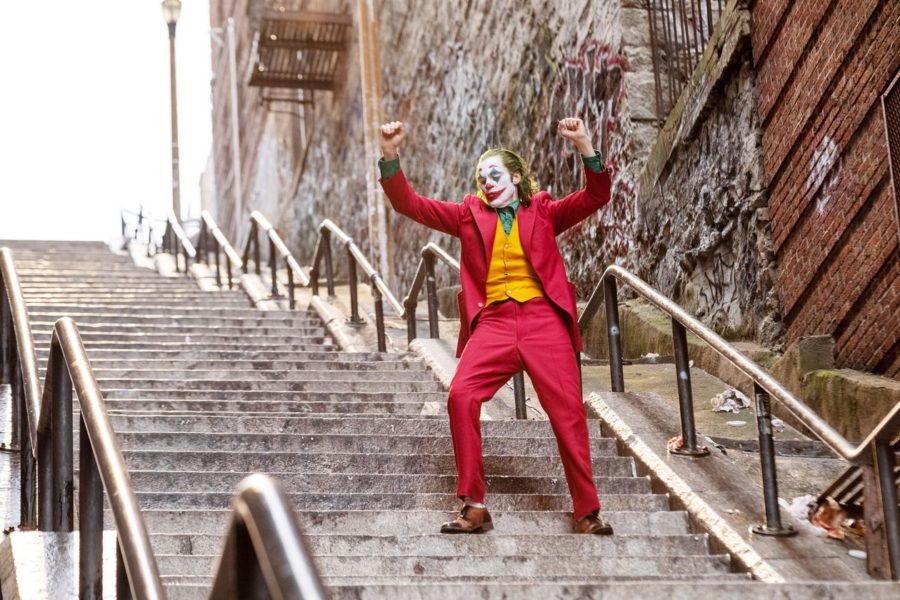 Todd Phillip's new film, "Joker", received a lot of negative publicity before it got a wide release in theaters, with many people saying that it glorifies violence too much during this era of mass shootings.

The latest film by comedy writer and director Todd Phillips is definitely a far stretch from his previous material. “Joker,” which won the Golden Lion at the Venice International Film Festival over the summer, tells the story of the mentally unstable Arthur Fleck, who is abused and kicked around by everyone in society, until he rises up to become one of history’s most notorious super-villains. Oscar nominee Joaquin Phoenix transforms into the titular anti-hero, both physically and mentally, in one of the most intriguing and memorable performances of his career.

With its incredibly dark story-line, constant blurring of fiction and reality and cliffhanger ending, it soon became the most talked about film of the entire year even before its October 4th release in theaters. The majority of critics greatly praised the film, and before its mainstream release, it held a 93 percent rating on Rotten Tomatoes.

Pace senior Ethan Wood saw the film on opening weekend and was mesmerized by Phoenix’s performance, saying that it carried the entire film and made it so much better.

“Every moment [Phoenix] is on screen, [audiences] are going to be wowed,” Wood said.

Wood also said that the movie is enjoyable despite its depressing tone, and believes that if DC continues to make R-rated character study films like this one, he is very excited to see what their films have in store.

Of course, “Joker” certainly has more than its fair share of negative publicity. One of the major ones from the press is that in this era of mass shootings and hate-crimes, the film embraces violence and bloodshed, and portrays a killer not only as a sympathetic character, but someone who triumphs in his endeavors and inspires an entire revolution through his actions.

“Joker” clearly is not the first film to portray a killer this way, so why all the fuss surrounding this one in particular? In my opinion, the  film’s negative press has less to do with the film’s content and more to do with when it came out. If this film was released in the 1980s (when it takes place) or 90s, when mass shootings in our society were not so commonplace, there most likely would not have been so much negative press surrounding it.

Some members of the press and the general public were afraid that this film would lead to a mass shooting similar to the 2012 one in Aurora, Colorado, which happened during a midnight screening of another DC movie, “The Dark Knight Rises.”

Thanks to this fear, some theaters across the country decided not to show the film at all. Since the Aurora shooter wore a costume when the shooting took place in the theater in 2012, law enforcement assured moviegoers that nobody wearing any sort of costume or wig would be allowed into any screening of the film.

Despite all the negative press and rising safety concerns, the film did exceptionally well at the box office, banking in $93 million in the U.S. during its opening weekend, defeating “Venom,” the previous October record-holder.

Even though the U.S. press surely had good intentions when warning the public about what could happen during a screening of the film or as a result of watching it, “Joker’s” performance at the box office and widespread praise by audiences contradicts what the press was trying to accomplish. This proves that at least some members of the public do not take everything the U.S. mainstream media has to say that seriously.

“People are right to worry that a movie like this could lead to another tragic event, but I think that the media read it a little too far,” Wood said. “In certain places, [moviegoers] were not allowed to show their love for this fictional character, which [I think] is maybe a step too far.”