From trash to stink bugs: the lack of cleanliness on campus 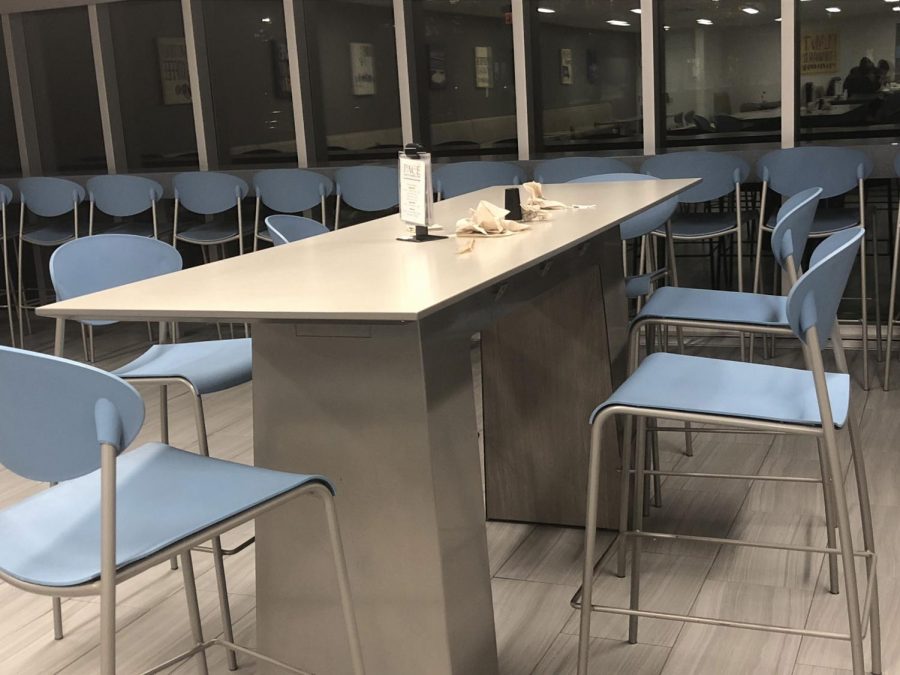 Students often leave common spaces like Kessel and the residence hall lounges with trash for other students or the cleaners to clean up.

When students think of words to describe Pace University’s Pleasantville campus, chances are that words like close-knit, rural, or even expensive come to their minds before words like unclean or messy do. But while the campus has a terrific overall aesthetic and certainly is not the dirtiest or messiest campus out there, it may not be as clean as students might initially think, especially within the residence halls and Kessel.

Obviously students have the choice of keeping their dorm rooms as clean or as messy as they choose, but the same should not be held for public spaces on campus, such as floor lounges and Kessel. Often times, students leave these areas without completely cleaning up their mess and throwing away all their trash; either because they forgot about it, they are in a rush, or they simply do not care. After all, someone will eventually clean it up, so why should they worry? Who cares if their mess ruins the common space for the next students who want to use it? It does not affect them. Doesn’t the university pay people to clean up?

I think that students leaving a mess in Kessel and the common spaces is irresponsible and inconsiderate of others. There are countless trash and recycling cans throughout campus, and most of the times it takes less than five or ten seconds to throw something away. If we all do something as simple as that, then other students can enjoy the public spaces as we did without being confronted with someone else’s mess.

With that being said, some unsavory things are found within some of the residence halls that students had nothing to do with and can do practically nothing to address without professional help. Sophomore Shannon Yodice and her roommate Taylor Martino have had stinkbugs in their dorm in Martin Hall since late October. At least, that is when they noticed the problem.

“I remember I was trying to sleep and felt something land on my hand after hearing loud buzzing,” Yodice said. “I had to get up and wash all of my stuff so that the ‘smell’ did not attract any more once it was killed.”

According to Yodice, the stink bug situation in her room has gotten so much worse since then. Despite her and her roommate filling out several work orders to address the issue before Thanksgiving break, only one was addressed while both of them were on break. They were told that someone from Pest Control came to examine the situation. When they returned back to campus on that Sunday, however, many more bugs were waiting for them. The situation got so bad that since Thanksgiving break, Yodice has only slept in her room a couple of times.

She and her roommate thought that they were the only two people with that problem in Martin, until they spoke to their neighbors, who told them that they also had stink bugs in their dorm.

There is light at the end of this tunnel, however. Last week, Yodice and her roommate were contacted by the Martin Hall Resident Director’s office, who apologized to them and assured them that all of their work orders would be tended to. Since then, the stink bug situation has slowly improved.

According to Pace’s website, it costs almost $6,000 a semester for a double room in Martin Hall. That is far too much money for students to have stink bugs in their rooms for such a long period of time. In fact, it’s too much money for students to have insects of any kind in their rooms. If Martin Hall does not want a similar situation to happen in the future, they have to address work orders quicker and more efficiently.

Whether it be a swarm of stink bugs or a swarm of trash, Pace administration, staff, and students can all do more to ensure that the inside of Pace’s buildings are as clean as the outside campus is.