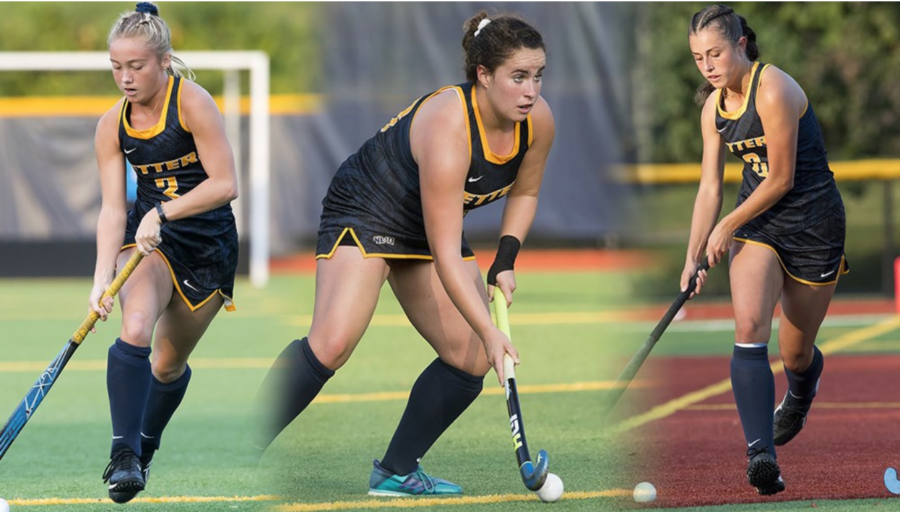 The Setters open their season at Millersville on September 5th at 4 p.m..

Even though the Pace field hockey team is only entering its fifth year as a program, expectations are higher than ever before. Last year, the Setters went from being unranked in the preseason to achieving one of the best campaigns in the nation. Pace won the Northeast-10 Conference’s Regular Season Championship with a 13-0 record and advanced to the NCAA Division II National Semifinals.

The 2018 season ended on a 14-game winning streak and finished the year with the most wins of any team in the country (18). Pace was also ranked as high as second in the nation and finished the season slotted No. 1 in the East Region.

Head Coach Kayte Kinsley knows that after the success of last season, their game plan is already strong. The only changes necessary were in the roster.

“We have 14 new players on this team, all of whom are working extremely hard to make their mark,” said Kinsley. “We have to stay patient and understand that it’s not going to come overnight, but with focus and hard work, we have the ability to succeed and continue our winning ways.”

Big names have left the Pace roster, including Paige Predmore and Halley Rose (all-time leading scorer), both of whom were voted into the Synapse Sports All-America First Team and the Northeast-10 Conference First Team. However, goalie and Northeast-10’s Rookie of the Year Grace Henderson will continue to be a strong asset for the Setters.

Kinsley has a lot of promise with her 14 new players, and can already tell who’s skills are ready for the conference.

“I believe Laura Hope will make a big impact on our defensive line,” said Kinsley. “She is a really smart player and has the ability to read the play really well. Jess Wolfe is also someone who has stood out throughout preseason. She has strong technical skills and can play midfield or attack, which gives us options.”

The toughest match of the season is undoubtedly against Assumption. After losing to the Greyhounds 3-1 in the third match of the 2018 campaign, the Setters defeated them later on in the regular season, and again in the first round of the Northeast-10 Conference. The Setters take on Assumption as the first conference game of the 2019 season away on September 14th.

“Honestly, all of our games this season are going to be tough, but I always get excited for Assumption,” said Kinsley. “They have proven to be a challenge for us the past few years, knocking us out of play-offs two years in a row and being our only regular-season loss last year. No matter what, it’s always a competitive battle.”

The Setters open their season at Millersville on September 5th at 4 p.m.