Hoop there it is: Both Basketball Teams on a Winning Streak 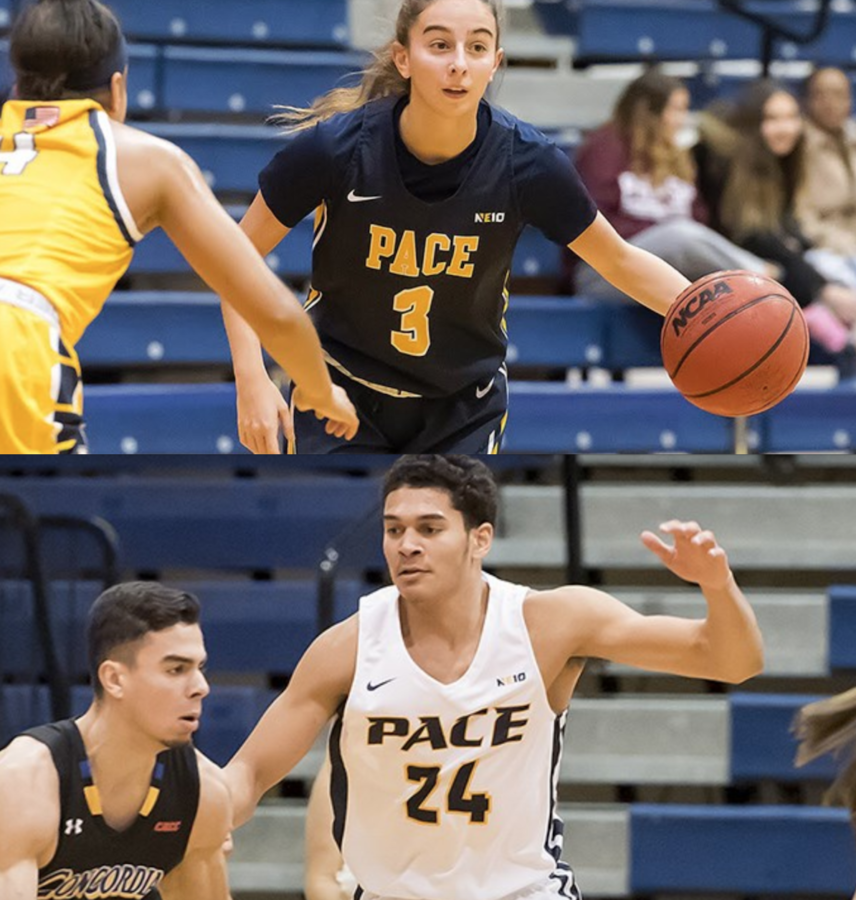 Currently, the women average 70.3 points per game with an average 17.2-point margin over their opponents. Their offense is being led by Jackie DelliSanti, a senior guard, who averages 18.7 points per game on 58.3% shooting from the field. Lauren Hackett, a sophomore guard, leads the team with 3.1 assists per game, expanding their threat on offense.

On the opposite end of the court, Lauren Schetter, a junior forward, has been playing great defense for the Setters with 8 blocks, 11 steals, and an impressive 57 rebounds (8.1 rebounds per game). Schetter’s outstanding performance on defense along with DelliSanti and Hackett’s offense has helped the Setters to a 6-1 record early into the season.

For the men, Brandon Jacobs, a junior guard, averages 15.4 points per game, but dishes the ball to his teammates well enough to average 7.3 assists per game for a total of 51 so far this season. A guard playing like this is complimented very well alongside offensive powerhouse Peyton Wejnert. Wejnert, a senior forward, averages 23.3 points per game, acting as the centerpiece for Pace’s offense, shooting 53.8% from the field.

Wejnert has rebounded the ball 63 times total (9 rebounds per game), along with 5 steals. The Setters have used Wejnert’s defense to their advantage as 78 total steals this season, while their opponents have only recorded 44 against them. Ray Montilus, a senior guard, leads the team with an impressive 23 total steals, followed by Brandon Jacobs (12), Austin Gilbertson (11), Brian Powell (7), and Christian Adams (6).

Both teams have been playing very well both offensively and defensively, resulting in such successful runs to begin this 2019-20 season. As long as both teams can uphold the offensive feats, they have shown that they can perform, and the defense will follow with no doubt. Both teams need to keep the energy into each game and playing as well as they have been on both ends of the court.

If key players such as Jackie DelliSanti, Lauren Hackett, Lauren Schetter, Brandon Jacobs, Peyton Wejnert, and Ray Montilus can maintain their stellar performances, Pace may very well continue their runs and come up with impressive records for the season.

Hopefully, these performances can even lead the Setters to a successful run in the postseason.