Below the Surface: Pace Swimming and Diving in NE-10 Championships 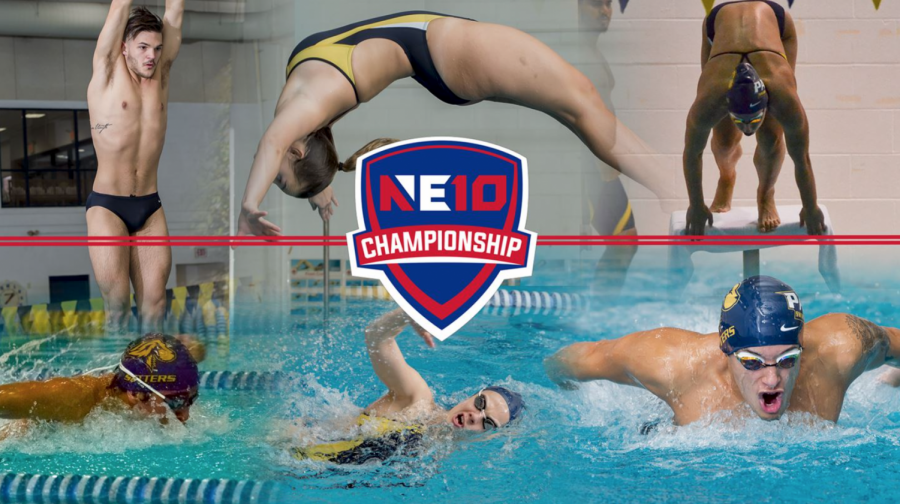 Pace swim and dive prepare for the NE-10 Championship.

Pace athletics is yet again going after gold, but this time, underwater.

The swim and dive team spent the latter half of the week at Assumption College, where the Northeast-10 Championships were held. Out of the events that Pace has competed in thus far, things have been going fairly well for the Setters.

Leigha Kosakowski, Cristina Rosario Perez, Daniela Lusuriello and Margaret Triller kicked things off for Pace by placing third in the 200-free relay with a time of 1:40.35. Annabel Keppel-Palmer performed notably well in the 200 – individual medley, respectively. Keppel-Palmer clocked in a time of 2:07.54, placing second in the event for the second year in a row.

Jana Ciric, Marta Hasny, Keppel-Palmer, and Kosakowski would place fourth in the 400 – medley relay with a time of 3:57.30. The four would put the cherry on the top of a rather successful night for Pace.

Even with these exceptional performances, it would be Ciric and Kosakowski who would earn the top-scoring event for the Setters. The duo competed in the 50-free. Ciric (24.14) placed fourth, while Kosakowski (24.19) finished just after finishing fifth.

Beginning the night for the men, Dessaniel Jaquez, Samuel Gibson, Brian Bates, and Filip Turecky would finish fifth in the 200-free relay for the Setters with a time of 1:28.42. For the second relay, the group would race again, this time with Alec Young filling in for Bates. The four would again place fifth in the 400-medley (3:30.61).

Loren Searle would bring the top-scoring event for Pace in his first time competing in the NE-10 Championships, earning a silver medal in the 1-meter dive with a mark of 387.85. Patrick Dwyer would soon follow, earning third place with a mark of 377.35. This was Dwyer’s second consecutive year medaling in the NE-10 Championships, following the likes of his teammate, Keppel-Palmer.

Under the coaching of Alexis Chocianowski (head coach) and Dylan Korn (diving coach), the Setters look to continue this run of success in the NE-10 Championships with optimistic hopes.