All spring NCAA Championship sports granted another year of eligibility 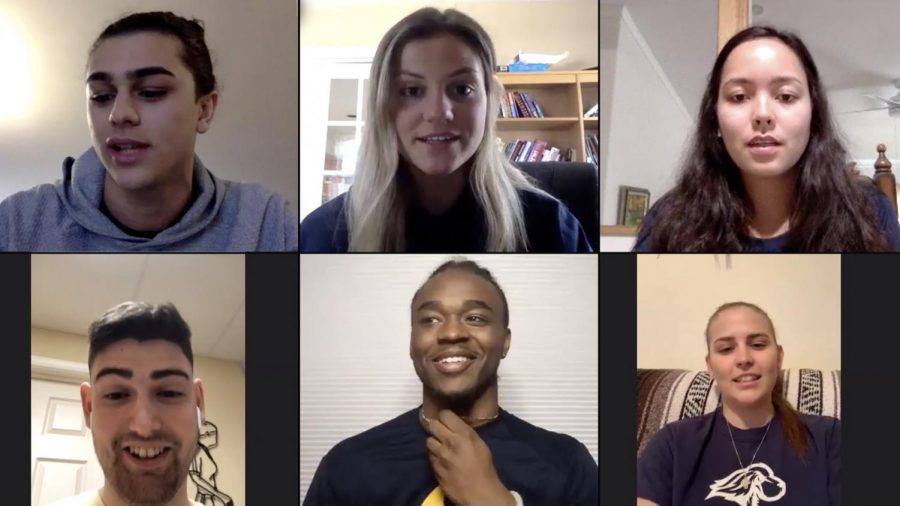 Pace Athletics tweeted a picture of this video chat taking place between student athletes on March 22 to preview the video they later released.

All student-athletes who are part of a spring NCAA championship sport have been granted an additional year of eligibility, according to Pace Associate Athletics Director for External Operations, Drew Brown.

However, the sudden end to the spring 2020 season came as a shock to many student-athletes. On Thursday, Pace Athletics Twitter released a video of senior athletes discussing the end of their seasons.

“All of the classes were feeling it, and that is a testament to what we have built.”

Things have certainly changed since the unprecedented end of the spring season, but those final moments with their teams will be something that our student-athletes never forget. pic.twitter.com/6PA4gBgg57

The NCAA originally suspended all practice and competitions until April 13, but later extended the suspension until the end of the spring 2020 semester.

The @TheNortheast10 has announced the suspension of all team activities and competitions through the spring 2020 semester. https://t.co/a5W9xQhiJb pic.twitter.com/5qpLGq9CNP

Teams, such as women’s basketball, have been meeting virtually through Zoom after their seasons abrupt end. In addition, Pace’s Athletics Department is partnering with Pace to launch an ESports League as something for students to do throughout virtual learning.

REMINDER >> @PaceUniversity has teamed up with Mission Control to bring you recreational ESports Leagues as you work remotely!