Nick Goodwin, A Pace Alumni Could Be The Next Big Hollywood Director 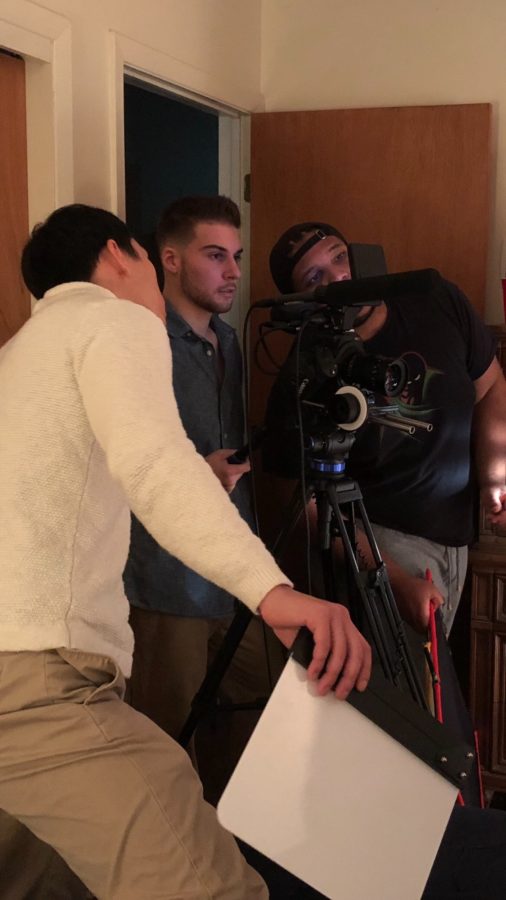 If you are a fan of movies then you will be excited to know that Nick Goodwin, a former Pace student, has made a short film that is now out on YouTube called Shadow. The film follows a pretty simple premise.

However, the films relevance, sharp way of directing, and haunting score that makes it so good. Goodwin said that the reason he made this film was because of another short film that he saw earlier this year.

“I was looking for something to make and I watched a short film earlier this year with a similar premise,” he said. “But I thought it would have been better if the story was told in a different way, so that’s what inspired me to make this movie.”

Goodwin also pointed out that the movie, Moonlight, was a big influence on this film, as well in terms of the way it was edited and directed.

Goodwin treated this short film as if it was an actual Hollywood movie. In fact, the people in the movie actually auditioned for the parts.

“People auditioned through this service online,” he said. “Over 100 actresses auditioned for the role of the lead girl. And the one that got it is currently in Hollywood right now searching for roles”.

Goodwin also stars in the movie as well as directing it. Though he is really good in the film, he said that he really just wants to stick to directing and doesn’t really have an interest in acting. In fact, he said that the only reason he starred in the movie was because the actor that was originally supposed to play the part dropped out at the last minute.

If directing and starring in the film isn’t impressive enough, Goodwin also wrote the screenplay to the movie. Which really says a lot about his passion for film. However, Goodwin said that the one thing he wished he could’ve done on in the film was the musical score.

The musical score was inspired by the movie Moonlight. But he said that he couldn’t make it too similar to that film. Which is why we have the score that is in the movie now. But other than that he is and very well should be proud of his movie.

Nick also said he doesn’t currently have any movies being made at the moment. But he hopes to have more ideas by the end of December or beginning of January.

If you are a movie fan, definitely check out the short film Shadow. It is on YouTube right now and its one of the best short films out at the moment.