Derek and CeCi Make a Sex Column: Does Her Get Up Get You Up? 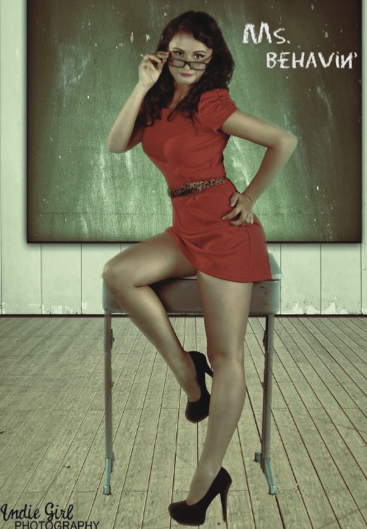 We all have our own secret fantasies. Some people dream of a basic three-some while others wish to have their testicles chained up and strangled. With Halloween just around the corner, it may be possible for you to fulfill some of those fantasies.

“Role playing spices things up and adds a new element to the regular old romp,” senior information technology major Matt Oelsner said. “Since everyone is already dressed up it’s not like people are going out of their way to do some- thing a little kinky.”

“People subconsciously choose their costumes based off of a fantasy that they want to live through,” junior finance major Donald Dudley said. “Guys like to dress up as strong and masculine figures while girls pick the sluttier and more seductive costumes.”

Even when engaging in a regular conversation, people tend to fully embrace their costumes. This does not necessarily mean that a French Maid will throw on an accent with the fishnets or that a Baby One More Time look-alike will refer to herself as Britney. However, the costumes do allow people to expose a little bit more of their subconscious sexuality.

“I feel like people change out of their costumes at Pace,” Dudley said. “It’s rare that you see people in the houses staying in their costumes the entire night.”

Although many may be slightly hesitant to carry out their sexual fantasies even on a night when it is deemed appropriate, others fully embrace their wild sides on any other ordinary day.

“I’ve role played before and I like it,” senior business management major Ryan Crowe said. “She was a cheerleader for my high school’s football team, I was a wide receiver. One day after a game we both still had our uniforms on and we just went with it.”

Whether you happen to spot your favorite, childhood superhero prancing around in barely-there shorts or a Lara Croft look alike bobbing for apples, consider making this night different from all the other nights.