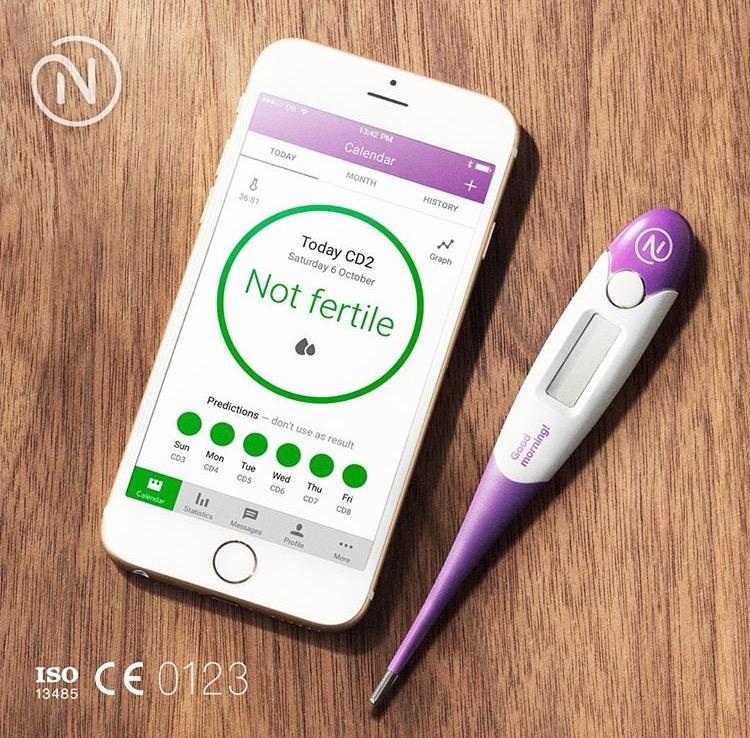 Natural Cycles, a fertility app available on smartphones, was approved in Europe by German testing agency, Tüv Süd, as a form of contraception. It is now the first fertility app on the market to be approved as a medical device for use as a contraceptive.

It is a form of natural family planning (fertility awareness), which is reading the body’s natural signs to determine whether or not a woman is fertile. Clinical studies have shown that Natural Cycles is effective for contraception.

The app works with a special algorithm that tracks a woman’s ovulation. The Basal Body Temperature (BBT) and/or Luteinizing Hormone (LH) are used to determine which days a woman is fertile. BBT determines “a rise in temperature (0.2-0.45C) is observed after ovulation, as the progesterone is released” and “a surge in LH hormones occurs two days prior to ovulation and marks the most fertile days,” according to the Natural Cycles website. These two indicators confirm whether or not a woman has ovulated and if she is no longer fertile.

To figure out the BBT, a woman must take her temperature every single morning and record it in the app. A regular thermometer, one that detects fevers, will not work for this – a two decimal basal thermometer is required. The BBT is an “indirect measure” of a woman’s hormonal levels and that information is needed for the app to analyze the cycle.

“The range of how much your temperature changes is actually quite small, so for you to get the most out of Natural Cycles and receive more green days you will need the correct thermometer,” the Natural Cycles website says.

Natural Cycles takes a bit of time to really get to know a woman’s cycle so the app warns users that they may have more red days than green once they first start using it. Once the algorithm learns your cycle, 10 red days are expected on average per cycle.

Berglund developed the algorithm herself and in a 2015 study done by her, Scherwitzel, and their team, the app was given a 99.5 percent efficiency rating. Over 4000 users took part in the study and 143 unplanned pregnancies occurred within a year. These results are similar to those of the effectiveness of birth control pills.

The app also offers the option to help plan a pregnancy. In a calendar format, each day is highlighted in either shades of red or green. Dark red symbolizes the days a woman will be most fertile, while the lighter shades symbolize low fertility or that more data is needed to determine whether or not a woman is fertile. Days highlighted in green are non-fertile days.

Natural Cycles has listed a disclaimer on their website with the results of failed usage of the app, “During one year, 5 women out of 1000 get pregnant due to a falsely attributed green day. 7 women out of 100 get pregnant during one year due to all possible reasons (e.g. having intercourse without protection on red days or failure of the contraceptive method used on red days).” Natural Cycles notes that although the app can prevent pregnancy, it cannot prevent sexually transmitted diseases (STI).

The app is free to download in a smartphone app store but a subscription will need to be purchased within the app. It offers a monthly plan for $8.99 or a yearly plan for $4.99 a month that includes their own basal thermometer.