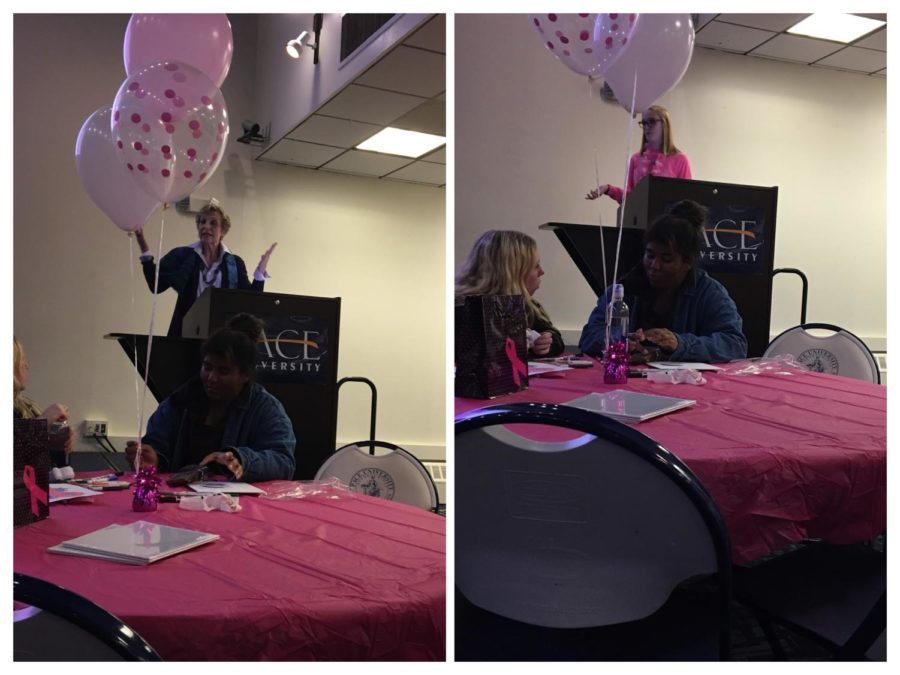 Both the vice president of CAC, Sam Bennett, and CAC’s faculty advisor, Sophie Kaufman, were pleased with the turnout, and they expressed their enthusiasm and optimism for the work that CAC does and its progress this year.

“I’m amazed by their expertise and professionalism,” Kaufman said. “I’ve noticed that they really know their stuff. People who join this organization seem to do so in a personal, passionate way. Such dedication is just heartwarming.”

Kaufman took over the club last year from Dr. Cardon. Kaufman herself is a breast cancer survivor, and this year marks the tenth anniversary of her being cancer-free, so naturally, she feels a strong, personal connection to this cause. She loves seeing CAC’s members not only putting in the effort to help raise awareness and funds but also making friends and building a community along the way. She is impressed by their ability to work this organization into their already busy schedules, and she wishes them lots of luck and success.

Similar to Kaufman, Sam Bennett feels a personal connection to the cause CAC represents. Shortly after her arrival at Pace four years ago, she found out that a teammate of hers from high school was diagnosed with a brain tumor. When she was looking for ways to get involved on campus, she thought that CAC might be a good fit. She has since fallen in love with the club, made new friends, and risen to the vice president position.

“We want people to have awareness of CAC all year and see that we’re not just a thing that happens in the spring,” Bennet said, referring to CAC’s best-known event, their annual Relay for Life. “We try to coordinate within the club, see what people want for these events, and get other organizations involved in coming.”

Overall, Think Pink was a fun, social way to promote breast cancer awareness. Those who participated in painting and crafts found it to be a relaxing creative effort, and bra pong was a huge hit amongst the events more competitive attendees.

If you missed this event or just want a chance to get involved with Colleges Against Cancer, be sure to keep an eye out around campus for their up and coming events, including Relay for Life and a dodgeball tournament. All are welcome in this effort to support those afflicted by cancer and help raise the survival rates of tomorrow.