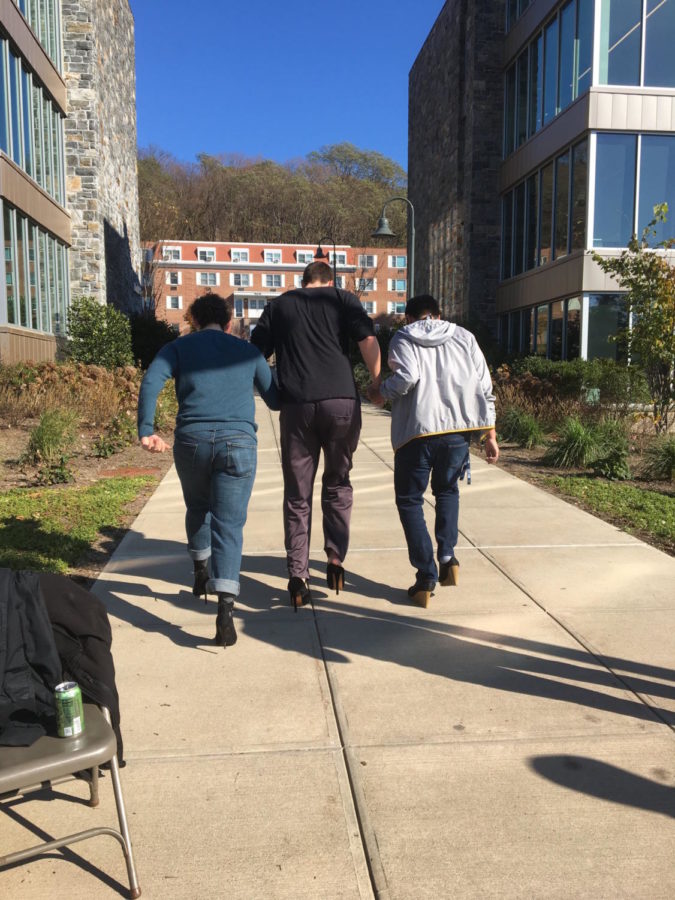 Wednesday, November 7, Pi Lambda Phi hosted their annual "Walk a Mile in Her Shoes Event", in which they did laps around Alumni Hall to raise money for a local domestic abuse shelter.

This past Wednesday, Pi Lambda Phi hosted their annual “Walk a Mile in Her Shoes” event, in which the fraternity’s members did laps around the perimeter of Alumni Hall to raise money and awareness for domestic abuse victims.

The event was part of a worldwide effort that started in 2001, when Frank Baird, who was working with Valley Trauma Center (now called Strength United) in Van Nuys, California, wanted to increase opportunities for men to join the fight against sexualized violence. What started out as a small group of men stumbling around a park in heels turned into an international movement that has since raised millions of dollars for local rape crisis centers, domestic violence shelters, and other sexualized violence education, prevention and remediation programs. It opened conversations about these difficult topics and encouraged men to take part in the fight against domestic and sexualized violence. 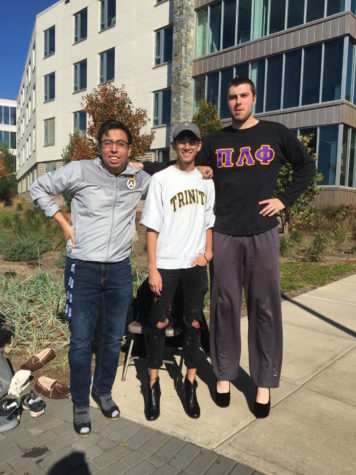 PiLam hosted their branch of this event on campus since the fraternity came to Pace in 2015. The current president, Josh Francois, commented that the event coincided with the fraternity’s ideal of promoting equality, which ties into their philanthropy, Elimination of Prejudice.

This year’s walk took place on the Alumni quad from twelve to four. Students had the opportunity to pay one dollar for the brothers of PiLam to take one lap around the perimeter of Alumni Hall in heels, two dollars for three laps, and five dollars for them to run a lap. Students who donated were also offered pizza, soda, and t-shirts. All proceeds will be donated to a local domestic violence shelter, though PiLam has yet to decide which one. They raised a total of $365.

The participants’ abilities to run in heels ranged from surprising grace and ease to extreme difficulty. Some borrowed heels from female friends, while others bought their own. Shoes lost straps and were, at times, in danger of breaking. However, the brothers of PiLam persevered in the name of the cause. They encouraged passerbies to donate, texted friends and family members to Venmo donations, and then began their rounds.

There was one incident in which a student payed $20, had three students race each other, and the loser had to run the extra lap. All those who walked and ran commented that it was “Very painful- extremelypainful- but not as painful as domestic violence.”

Overall, this year’s Walk a Mile at Pace was entertaining for both participants and spectators, and it raised a lot of money for a good cause. It connected the Pace community to a worldwide movement dedicated towards fighting domestic and sexualized violence and served as a reminder that while these issues exist, both women and men alike can join the fight against them.