Four Guys One Girl: Pace Groupies Get Around 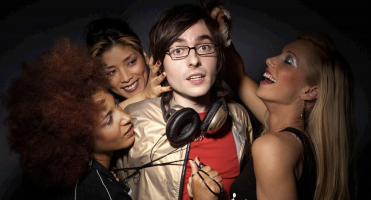 A disturbing trend has been occurring on college campuses across the country. Female fans are taking their team spirit from the bleachers to the beds and friends of fraternities are hopping like jack-rabbits from brother to brother. These girls make the rounds. They are a staple in the brotherhood, a familiar face in the house. Don’t be fooled, there are boys that do the same, they just keep it under wraps.

“There has definitely been the sharing of girls within my fraternity,” junior criminal justice and psychology major and Delta Kappa Epsilon (DKE) brother Mike Lotocky said. “I have unintentionally been a part of it.”

“I’ve seen the same girl in my house multiple times,” Goldstein said, “and not all of the times with the same person.”

The DKE house is not alone in this matter.

“I believe that Pace has those girls but it’s not very high in numbers,” sophomore political science major and fine arts minor Pat Dooley said. “My female friends talk about who they’ve slept with and it seems to follow a certain trend of brothers or friend circles.”

Regardless of which gender is doing the circulation, it’s instinctual for people to fall for those of the same friend group. Girls that meet their boyfriend’s teammates and guys that meet their girlfriend’s sorority sisters often unavoidably end up hooking up.

“I don’t think that it’s passing around a person so much as it just happens,” senior marketing major and Phi Kappa Tau brother Justin Flores said.

This is likely the case for students both living and partying on campus. At a school as small as Pace, it is not uncommon for girls to find themselves back in the same house but different beds. Sexy? Not exactly. Convenient? Absolutely. As twisted as it may be, those who get down and dirty with the same people often see it as a further means of bonding.

“I do not think it’s gross because it’s college,” Goldstein said. “They’re my brothers, if I’d die for them why wouldn’t I share a girl with them?”

The same goes for girls who share the same guys. For females this act of passing is considered betrayal as opposed to an element of a sisterhood.

“In Sigma Lamda Upsilon (SLU) we tell each other everything so we would never disrespect one another,” senior business management major and peace and justice minor Kelsey Laro said. “Guys have a different perspective, when they hook up with the same girl they high five because it connects them – girls will fight.”

So is it up to the boys to be gentlemen and pass up the offer, or is it the ladies responsibility to act in a modest manner? No matter whose responsibility it is to turn down the temptation of getting your rocks off, it will always be a moral dilemma within the battle of the sexes.