An Ode to North Hall: The Red-Headed Step Child of Pace’s Residence Halls 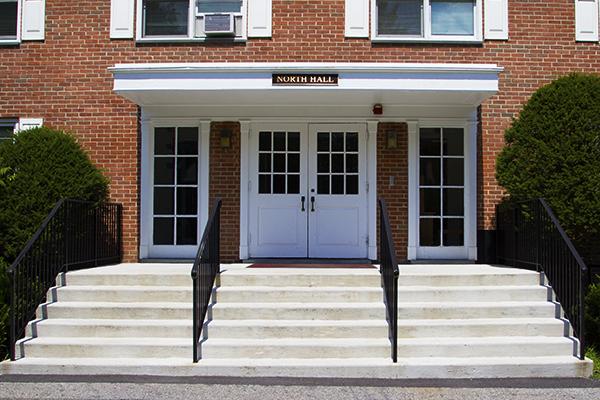 North Hall constantly gets panned by students, but the residence hall provides more than what meets the eye.

Since fall 2016, it has become an annual tradition for a sizable number of second-year students to transition from Alumni Hall to North Hall. As a friend of mine described it our sophomore year, “It’s like getting a cheeseburger with everything on it, but then going to a place where all you get is a burger and a bun.”

It happens every year, students register for housing and they see there are no rooms open in any building besides North Hall. The immediate thought process that goes through students’ minds in that situation is they are about to live in the worst, oldest and most run-down residence hall Pace provides.

Alumni is home to beautiful rooms, a manageable air conditioning and heating system, and of course, Starbucks. It is also centrally located on campus near many of the main stops students go to. Other assets in the building include two classrooms, a dining cafe, First-Year Interest Group lounges, six study rooms, and a front desk shared by Security and Residential Life.

On the other hand, North Hall has, well, none of that. Martin Hall is in the same boat, but at least the building has Pace Perk, a popular destination for students to eat and socialize.

It is understandable for students to be disappointed to live in North, and at the beginning, those qualms are beyond reasonable. The communal bathrooms, the amount of random bugs around, and lack of lights in rooms will shock you when you step foot in the building considering you pay $5,700 a semester to live there.

Ultimately, I am not writing this to tell my peers that they should tolerate these serious inconveniences. But, it is important to acknowledge what makes North great: the existence of a true community. That may sound corny, but it’s true. North is made up of a diverse set of residents ranging from different walks of life and class years, but they all seem to mesh well.

There is no chance one can live at North Hall without knowing nearly everyone else in the building because that is the very nature of North; you have to get out of your room and make the best out of the little you’re provided and run with it. By doing so, you get to meet and become friends with students you may have never even stared at if you were still in Alumni Hall.

As a former two-year resident of North Hall, I can easily say those were my best years at Pace due to all the residents I developed strong bonds with. Fast-forward to today, as a resident of Elm Hall, I barely get a chance to know anyone outside of the individuals that live on my floor.

There is a serious sense of a lack of community-feel in Elm that you don’t get in North. A part of that has to do with RA’s and the effort they put in to get to know their residents and the events they run. You always got a chance to know your RA and their fellow staff members in North, and attend events because they made a considerate attempt at getting everyone involved. However, in Elm, what you see is students avoiding conversation with RA and peers by simply taking the elevator from the basement to their rooms.

It would be ill-advised for one to not acknowledge that comparing Alumni and Elm Halls to North is like comparing the Mariott Hotel to some motel at the end of the road. But, if living in that motel means you can actually experience a college atmosphere, unique fun and meet new people, then it’s not as negative as many students portray it.