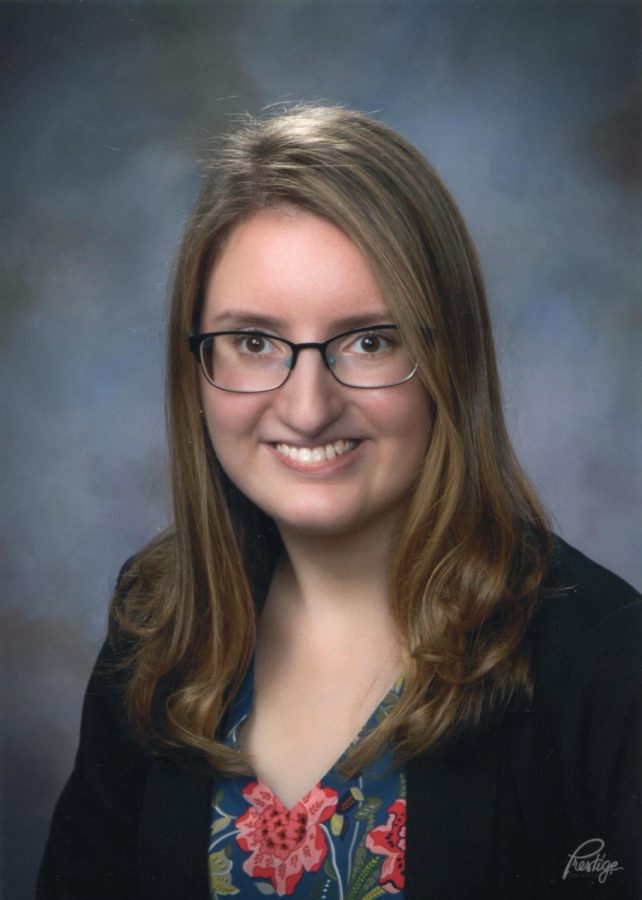 Rebecca Newman, a recent Pace graduate, had a successful academic career despite the challenges that come with her rare genetic condition.

As she moves into the next chapter of her life, she hopes to find a job in the public relations or digital media/marketing field.

When Newman was barely a year old, she was diagnosed with Familial Dysautonomia (FD), an extremely rare genetic disorder that primarily exists in the Ashkenazi Jewish population. There are currently only about 300 people living with FD worldwide. It affects the autonomic and sensory nervous systems, which control involuntary functions like digestion, blood pressure, tear production, body temperature, balance, and pain perception- what Newman describes as “the parts of your body that you don’t always think about.”

Newman has a relatively mild case of FD, so mild that it took her family almost a whole year to get an exact diagnosis. Her parents noticed that something was wrong when Newman’s mother tried to breastfeed her. Newman had problems sucking, it took hours to feed her, and tests revealed that she was aspirating liquids into her lungs.

At the time, there was very little information available on FD and scientists had yet to identify the gene responsible. Newman’s grandparents heard about it for the first time during a chance encounter at a Bar Mitzvah. When Newman’s parents asked their doctor if FD could be responsible for the medical problems Newman was experiencing, the doctor said it was unlikely. FD usually results in delays in developmental milestones, such as walking and speech. Newman had learned to sit, crawl, and stand on schedule. Still, her parents wanted to be sure. After consulting the Dysautonomia Center at NYU, Newman was diagnosed with one of the mildest cases of FD that the hospital had seen in 50 years.

Even though Newman’s symptoms are mild, they still present her with challenges. She has had to have numerous surgeries throughout the course of her life, including spinal fusion when she was 13 and the implantation of a feeding tube. She also has to take supplements and attend weekly physical therapy appointments.

“I don’t always have as much energy as everyone else,” Newman says. “I’m not the type who can stay up late at night doing homework all hours. My body needs rest. I’m always working hard to keep body healthy and manage school. There’s been a lot of multitasking.”

Newman enrolled at Pace part-time and only took a few classes per semester. It took her five and a half years to graduate. Despite this, Newman persevered and made the most of her time here.

“I’m someone who is very determined and wants to do well all the time. I’m also very motivated,” Newman said. “I feel like that’s a big part of it. I’m motivated to get the work done, know what I have to do, and do well.”

Newman credits the MCVA department as a source of motivation for her. She has found encouragement in her professors and inspiration in the achievements of MCVA alumni.

“The whole MCVA department has been a really good support system for me,” Newman says. “People in the department have graduated and made something for themselves. Seeing that is an amazing experience, just seeing what someone in this field can do.”

Jennifer Magas, a professor in the MCVA department, met Newman in 2018 when she took her Writing Public Relations Copy  course. She describes Newman as dedicated and trustworthy, “an outstanding student who diligently completes her work and actively participates.”

The class was structured as a simulation. Each week, Rebecca and the other students on her team received a mock crisis situation that they had to respond to. Magas says that Newman responded to each crisis in a creative manner, made effective business decisions, and showed great skill in all her assignments. Magas expects Newman to go far after graduation.

“Rebecca will be a great asset to any organization,” Magas said. “She performed brilliantly in this stimulating academic environment, not only as a student but as a leader. Her effectiveness as a communicator, her organizational capacity, emotional intelligence, and vision were a huge part of what earned her an A in all of my classes thus far.”

Newman also interned at Magas’s PR agency, where she made a presentation, conducted research, and wrote and edited copy.

“Strong communication skills are essential within public relations, and Rebecca certainly is skilled within this area,” Magas says. “She also exhibited her ability to multitask and work autonomously with little supervision on a daily basis, which some interns find difficult, but Rebecca handled this with ease. I found that she was extremely committed to excellence and her overall quality of work was particularly impressive.”

Magas saw this same work ethic from Newman when Newman took her Writing for Advertising class.

“She makes sure that not only her work but those of her group mates are of the best quality,” Magas says. “Rebecca takes constructive criticism as a gift; she is always looking for ways to improve and has no problem asking for help or for her available resources.”

Newman chose to come to Pace because she knew that she would need to attend a school she could commute to. She applied to Pace and SUNY Purchase and went with Pace because she thought it offered a good communications program.

During her time here at Pace, Newman participated in Entrance One and Hillel. She is also active with a group of friends who have FD. They live in various places, including Queens, Manhattan, Long Island, Rhinebeck, North Carolina, Rhode Island, and Atlanta, but they keep in touch through texting, social media, phone calls, and FaceTime.

Newman is very close to her parents and older sister Julia, and she’s a big fan of the Jonas Brothers, This is Us, and the Bachelor Nation franchise.

Newman offered her own advice for other students juggling academic life with medical conditions. “Pick a major or courses that you’re interested in. I know from personal experience, when I’ve taken classes where I have zero interest in the subject, it’s a lot harder to want to do the work… Take everything one day at a time. You’ll get it all done,” she said.