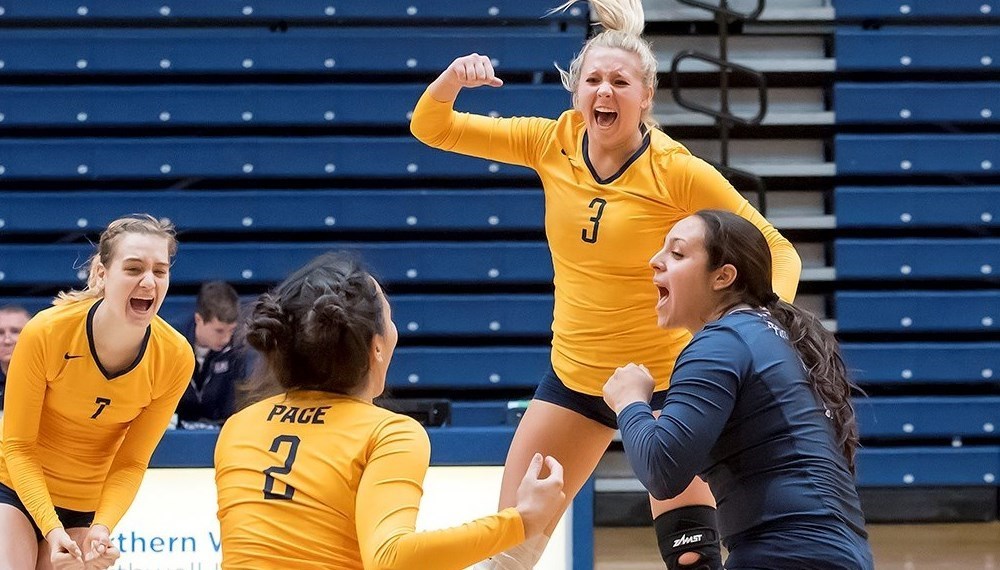 9/20-9/23: Pace Field Hockey defeated American International College 1-0 at home, with the one point being scored by Jenna Sanossian. However, their unbeaten season was halted after a 2-1 overtime loss to Saint Anselm on the road. They are now 6-1.

9/23: Pace Women’s Soccer Team improved their record to 4-4 this week after a 2-0 victory against Stonehill College at home.

9/22-/23: Pace Women’s Volleyball went 2-0 this week. They first defeated Molloy College 3-0 in a major upset and then defeated College of Saint Rose 3-0. The team is now 4-8, with all four wins coming in the past six games.

9/23: Pace Football fell 21-20 on the road in a close loss to University of New Haven. The Setters opened the game with a 14-0 lead, before New Haven scored 21 straight points. A touchdown pass from the Setters in the fourth quarter cut the game down to one, but a blocked extra point and missed game-winning field goal cost the Setters. They are now 2-2.