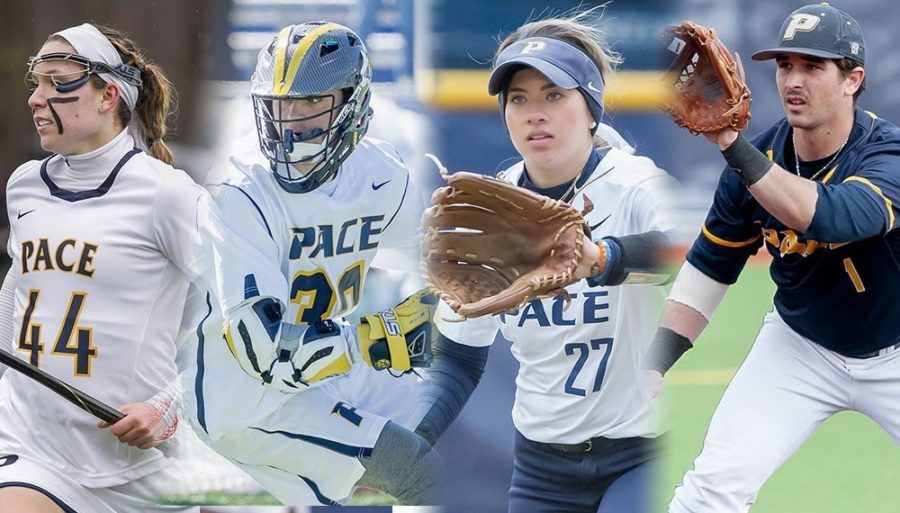 Pace Men's and Women's lacrosse, Baseball, and Softball teams were all in action this week. Photo Courtesy of Pace Athletics.

3/23 – Women’s Lacrosse fell on the road, 13-6, to No. 4 Le Moyne. The Setters went down 7-1 early, and could were unable to shorten the deficit against undefeated Le Moyne. The Setters are now 5-2 under first-year head coach Tricia Molfetta. The team will travel to take on Adelphi Wednesday night in hopes to improve its NE-10 record.

3/24 – Men’s Lacrosse improved their record to 4-1 after a masterful defensive effort against Saint Michael’s. The 12-4 victory marked the lowest amount of points the Setters have allowed in a game since 2010. Freshman Joseph Diggle, sophomore Bruno Serace and juniors Kevin Vogelsberg and Peter Bashar all led the Setters with two goals scored. The Setters next matchup will be Wednesday night against Adelphi at Pace Stadium.

3/24 – Baseball won a pair of games, 1-0 and 4-2, last Saturday against Southern New Hampshire University. The Setters’ experienced pitching arms led the way for both victories. Junior Dan Wirchansky tossed a shutout in Game 1, and seniors Ryan Aquino, Kyle Cashman and Jake Amoroso pitched the Setters to a second victory. The baseball team is now 7-4-1, and 6-0 at home.

That we haven’t had a Nor’easter in more than 30 hours feeling…Baseball and Softball both home tomorrow!