Men’s Basketball off to Best Start to Season since 2004 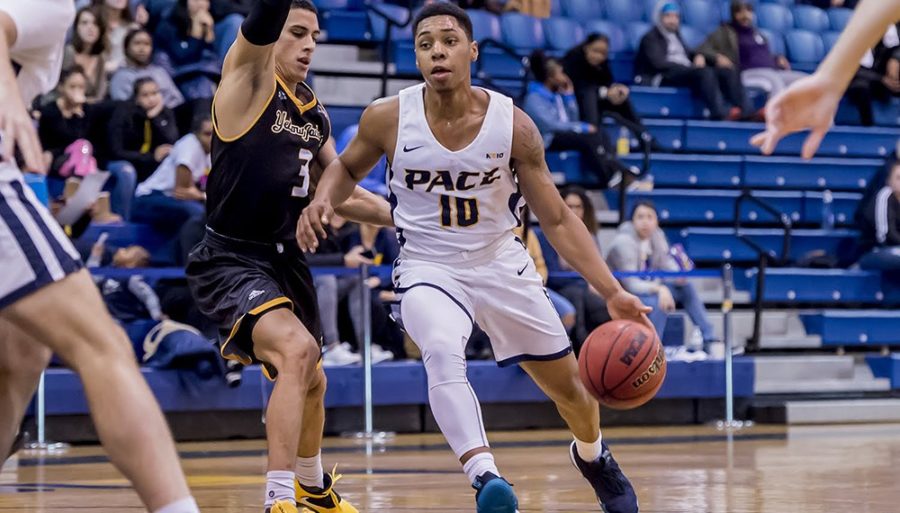 With about a third of their season complete, Pace basketball currently holds a 7-3 record. Seven victories is not only one win short of the team’s overall win total last season, but it is also the team’s best start to a season since 2004.

Before their overtime loss this past Saturday to Southern Connecticut State, the Setters were riding an impressive six-game win streak thanks to returning players stepping up their game, including sophomore guard Brandon  Jacobs.

“I feel like every guy on the team has really bought in,” said Jacobs. “We’re taking defense very serious right now. Every game we go into with that attitude that no one’s going to score on us.”

Last season, the Setters start to the year was less than stellar, beginning the year 2-8 and winning just six more games the entire season. It was yet another down year for Pace basketball, so this season they looked to finally turn it around.

“All of us on the team, we didn’t like the feeling of losing last year,” Jacobs said. “We knew how it felt to lose. We knew we were in a lot of close games, so this year we just tried to change our mindset and come out hungry every game. We knew we had a lot of special guys on the team. We knew if we [changed our mind set] that we were going to end up winning.”

Being on a win streak creates confidence within a player and a team. When the team is winning games, players can feel like they are on cloud nine and nothing can bring them down.

“Winning does help a lot with the confidence but it starts with the coaches,” Jacobs said. “They put a lo oft confidence in us. They just tell us to go out and play our game, so we play very loose now and everyone on the team is comfortable with each other so it’s easy to go out there and have fun.”

The Setters, who are 4-2 in conference play, would like to expand on their early success, but the team wants to remain level-headed about the season so far.

“I don’t want to look too much into the future, but if we stay the course and keep doing what we’re doing, the sky’s the limit for us,” said Jacobs.