What is the Annual Fire Safety and Security Report? 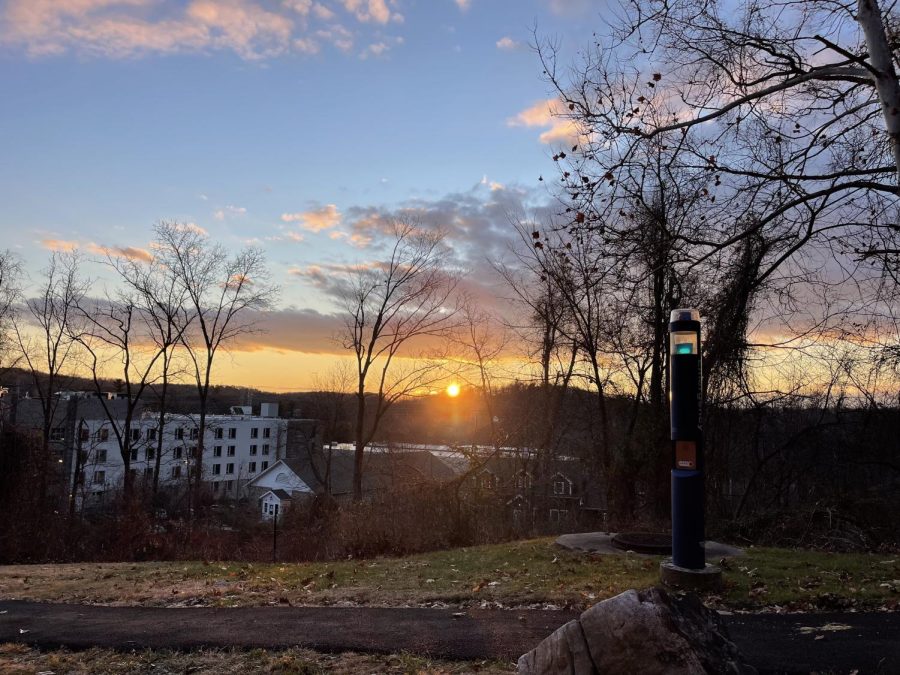 In 1986, a freshman at Lehigh University, Jeanne Clery, was raped and murdered in her dorm room by another student. Her parents claimed the university had not done enough to provide students and the public with information surrounding the safety in and around the campus. Years after her death, they campaigned for reform. In 1990, the Clery Act was passed, a federal law that requires all universities and colleges to report annually on the crime statistics on campus and in the surrounding areas. In hopes for incoming students and families deciding on schools, the report offers an accurate depiction on the safety of the school and types of security measures it offers.

Pace University’s Annual Fire Safety and Security Report outlines in detail, each offense over the last three years from all three Pace University campuses. Director of Security, Vinnie Beatty summarized what the report describes. He said, “As far as what they’re looking for, is your crime stats whether it’s on campus, and if it’s on campus is it in the residence halls? If it’s not in the residence halls, is it on property at the university controls or was it on public property?” This way, the federal government, as well as students, are aware of the safety of the school. The security department must be completely transparent about all of the events that occur on campus.

In the recent past, there have been additions to the report adding to the original requirements made back in 1990. “As the years have gone on, the report has grown to where it includes hate crimes. They would ask for the same information whether it happened on campus or off campus.” Beatty said. “Then over the years, other things such as Title IX, sexual assaults, violence against women act was included in the annual security report.” These reports are used to track data not just within Pace, but across all colleges and universities in the nation. So, where the numbers may be high in a certain category one year, there may be more reinforcement in that area the following year.

The highest number for any category among all three campuses is the Liquor Law Violation and the second highest is the Drug Abuse Violations. While the numbers have fluctuated throughout the years, it has been at an all-time low since the beginning of COVID. With the guest restrictions put in place in the residence halls, as well as the decreased number of students residing on campus, there have been few offenses in 2020 and 2021.

According to the data, there was a spike in 2015 and 2016. In terms of Liquor Law Violations, there were 265 in 2015 and 360 in 2016, which was the highest it has been in the last ten years. “The reason that the number of students referred to discipline for drug and alcohol was increased because there was an emphasis put on by our counseling unit and also working with residential life on training.” said Beatty. “Nationwide, the number of alcohol and drug related incidents was on the increase, so they decided they were going to do some additional training and things along those lines, so it made compliance a little stricter.” There is no doubt that on a college campus, there will be liquor and drug violations, but it is up to the school how they handle these situations.

The reason for this report is not only to provide students and families with a transparent view of crimes and safety within the university they may attend, but also to offer statistics and data of what is going on in colleges across the United States.

This report explains the change in training among the RAs back in 2015. The security department and the RAs work together to keep the residence hall safe. “We work with ResLife and we will assist them in doing a confiscation or an intervention in the room if there’s a lot of alcohol or a lot of drug paraphernalia” Beatty said.

In most circumstances, the RAs take care of any write-ups within the residence hall. This can be found on the Pace website, in the Guide to Residential Living. Lindsay Bilton who is a Resident Assistant in Alumni Hall, explained the process she must take if she catches a student with drugs or alcohol. The first step in the process is “[The student] gets documented, and we have to write up a whole report” said Bilton. This then gets submitted to the Resident Director and the student will get assigned a day and time for their hearing. “When it comes to the conduct process, the hearing officer will basically hear what happened. They’ll read the report and then have the conversation with the student” Bilton explained. Based on the original violation, there is a range of housing points the student could obtain. After the hearing, the officer will decide the definite number of points the student received, and it will appear on the student’s record for an entire calendar year.

Student Aron Mondshein weighs in on how safe he feels living on campus and the job security does at maintaining safety. “I think I see security more than enough, which isn’t a bad thing,” Mondshein says. “I see them all over the place. Patrolling Kessel, patrolling the dorms, going around in their cars. Every time I’m at Wilcox editing something late in the media labs, security’s there.”

Although many people are not aware that this report comes out every year, it is very important for students and families to be mindful of it. When looking for schools to attend, this is a good way to find out what type of security measures the department use because it is a direct reflection of what occurs throughout the year. “What security measures do they have in place? Are there guards at the entry? Are there locks on the residence halls? Cameras on campus? Patrol features? Safety features on campus like code blue phones? Lighting on campus?” Beatty questions. “These are all things that we monitor on a daily basis.”

It’s not to say that all these measures would not be taken if there was not a report the security department would have to write up each year. However, in order to be compliant with the federal government, and to portray a protected environment on paper, security works hard with ResLife to keep students on campus safe.

Thank you for your donation!