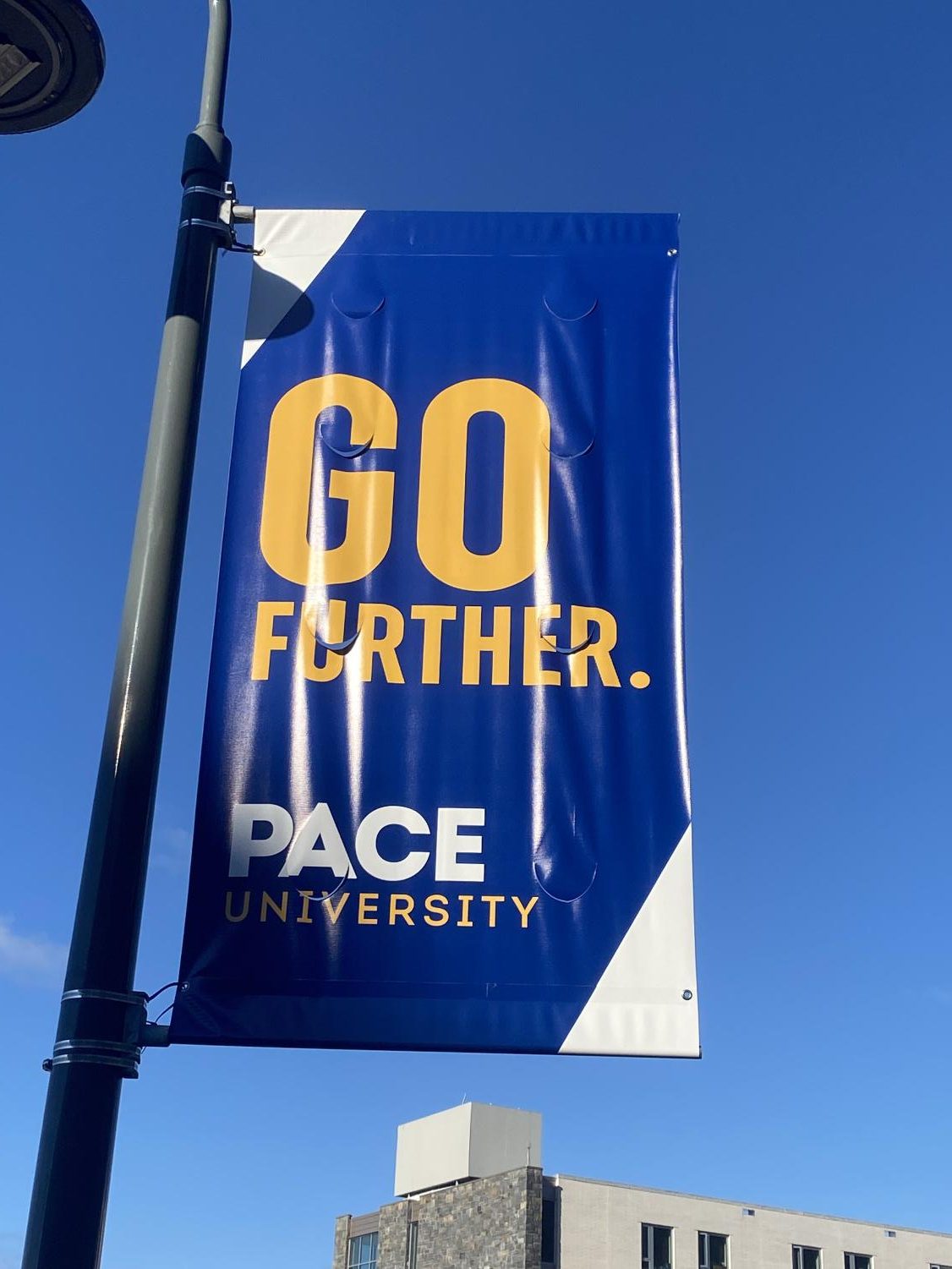 Pace Pleasantville Vs New York City: Which Do Students Prefer?

Pace University is a New York private university that has three campuses between which it’s students are distributed. The university has a Manhattan campus that is by far the largest, with 9,125 enrolled according to Pace’s 2022 census, and a Pleasantville Campus located in Westchester, with 3,592 enrolled as of 2022. The third campus is the law school, located in White Plains with the smallest enrollment of 860 as of 2022.

The Manhattan campus has more students than the Pleasantville campus, but does this mean that students prefer it? Or simply that the campus has a larger capacity.

The Pleasantville and New York City campuses have for the most part similar if not the same programs, and therefore a rivalry and question of which is a better choice for incoming students rises.

Step into the shoes of a prospective student looking at Pace, which campus should they choose based on their major and interests? The academics of the campuses are relatively similar, as well as many of the opportunities, but the location of the campuses and the student bodies are where the biggest differences lie.

Students who started in Manhattan often transfer to Pleasantville and vise-versa, with Pleasantville students switching to Manhattan, but is there a common thread between these transfers?

What does the Pleasantville campus have over the Manhattan campus or vice versa? What do the campuses excel in? Some would say that a certain campus is better for a certain major than the other. For example, one could say that Pleasantville is better for Health Science and Media & Communication, and New York City is better for Business and Arts. These traits are seen across all sectors of university life. This also goes for academics, residence halls, and other facilities, as well student body.

What motivates a student to choose one campus over the other when they start at Pace, or what motivates them to change their minds? Along with a history of transfer students between universities, Pace has a history of students leaving the university altogether. This high transfer rate impacts Pace’s retention, as does transfer rates between campuses. This shows there is dissatisfaction among the student body.

Pace University’s New York City campus is located in Manhattan’s Financial District and is spread throughout it. Pace’s Pleasantville campus is a small, walkable campus located outside the village of Pleasantville in Westchester County, about a 50 minute drive from Manhattan. This drastic contrast in campus location and layout is a big contributing factor in students’ decisions to attend either campus, depending on what they are looking for. This video provides a description of the facilities and locations of the two campuses.

Meredith Finkbeiner, a class of 2024 Political Science Major, transferred to Pace Pleasantville at the beginning of this fall semester. She attended Pace New York City starting in her freshman year and extending to the entirety of her sophomore year, and is now in Pleasantville for her junior year.

Finkbeiner shared her thoughts on the city aspect of the campus. She said that when she was at the Manhattan campus, she didn’t have a huge issue with it being so central in Manhattan, but after coming to Pleasantville she realized how much better she likes being on a traditional campus. “I’m not from a big city,” She said. “Coming to New York City I realized about myself that I have anxiety about big groups of people, so I would get stressed about that and would find myself not leaving my dorm as much because I was nervous to go outside.”

For New York City housing, Finkbeiner lived in 182 Broadway for her freshman year and 33 Beekman her sophomore year. She said in regards to her housing in NYC,  “I liked the dorms I lived in, they were nice, I will say they’re kind of one of the reasons I came [to PLV], the dorms are very tight and small. Laying in my bed I could touch my roommate’s hand.” Finkbeiner was interested in a single in NYC initially but said, “Those singles were very tiny and it’s very difficult to get one.”

Coming to Pleasantville, Finkbeiner was placed in Martin Hall, where she finally got her single room. “The positive thing is I got my own room, having that space to myself is nice because I can be around other people, I have 6 siblings so I’m used to being around a bunch of other people but I wanted to have that first time being on my own for a bit.”

Since getting situated on campus, Finkbeiner has noticed a general difference in student body demeanor as well as student life on campus. Since Pleasantville is a campus that is not spread between sky rise buildings, the student body is more connected due to its centralization. She has enjoyed student life far more here and said that it is much easier to go and do things with others around campus because of the nature of the campus.

Upon arrival, she thought that students were in general much more friendly at Pleasantville.  She said,“I feel it’s easier to make friends here, I do feel like people at the New York City campus can get very cliquish. On this campus its a lot easier to hang out with people and meet new people.”

Her experience in New York City was that the campus attracted a certain type of person. She said, “There were a lot of people who were trying to be influencers and models, and I think that can also be a little bit of the reason. I met people that would only be friends with other people if they have a certain following or can get them to a higher level than where they are right now.”

Another undergraduate student who transferred from the New York City campus to Pleasantville is Terra Jordan, a Professional Studies Major with concentrations in Media and Communications Arts and Sociology, also

Jordan felt similarly about the student body to Finkbeiner and stated that this was one of her main reasons for changing campuses. She said, “The student life is very cliquey. All of the actors hang out with the actors, the dancers with the dancers; it was very hard to make friends. I feel like just day to day you had to try so hard to fit in by being different.” She continued, saying, “It is definitely more relaxed here [In Pleasantville] and I think people are just focused on their studies rather than trying to impress everyone.”

Jordan’s deciding factor was when she messaged the president of the E-Sports Club in Pleasantville and he told her how easy it is to make friends and how many he has. “Him reaching out to me already I was like okay, if this guy is friendly then surely everyone else is, and everyone has been,” she said.

On her process of researching Pleasantville, Jordan said, “Everything seemed great, I loved the little village that Pleasantville has. It has Starbucks, it has the Dunkins, it has Jacob Burns Film Center, you know it’s super cute. It has a little gazebo and the train station is right there. All of that seemed great and I was like okay that’s what I want and although it’s not in Manhattan where I want to be, it’s still close enough to go there if I need an escape”

Although Jordan clearly prefers Pleasantville for herself, when asked whether or not she would recommend Pleasantville to an incoming student, she said, “I think it definitely depends on where you’re coming from because if you’re coming to New York for the New York experience then definitely just go to the new york campus because that’s what you’re gonna be looking for. If you have already lived in New York and have been to Manhattan and you know that its great but its not for everyone then definitely come to the PLV campus.”

On the other side of the coin, Erick Rivera is a junior Applied Psychology Major who transferred from Pleasantville to New York City after being at the Pleasantville campus for two years. He dormed at Pleasantville first in Alumni Hall for freshman year, and then Martin Hall for sophomore year. He now commutes to campus in NYC for his junior year.

The reason why he originally chose Pleasantville was that he wanted to dorm, he said, “I wanted to learn to be independent, and if we compare the prices of both PLV seemed like the better option”

When speaking about dorming, he said, “I really did not like Martin Hall. I hated how it was communal bathrooms. The bathroom were always dirty by the afternoon but the cleaning staff would always clean it in the morning which I really do appreciate it.” Now commuting, he does not need to deal with these issues.

In regards to university academics, Rivera said that he thinks there are more class options in New York City, this is likely due to the larger student body.

His biggest reason for changing campuses was simple, he loves the city. He said, “I love NYC, I enjoy going there, I enjoy walking in NYC, and there was always something to do. I don’t live in NYC but I like commuting there more than living on campus in PLV.”

Rivera when asked about Pleasantville student life in comparison to New York City said, “[Pleasantville] student life was not very good in my opinion. I believe it was hard to know about clubs, about certain meetings, and more. I’ve noticed that there aren’t many people outside during the week and weekends.” This was a contrasting opinion of Finkbeiner’s and Jordan’s response to the same question.

When asked if he would recommend New York City over Pleasantville to an incoming student, he said, “Definitely, I believe you can do more things in NYC over Pleasantville. I feel like there are more classes over there [in NYC]. The only thing I would say if you do not like loud noises around you then NYC might not be it for you.”

Pace University’s transfer trend between campuses is key in the conversation of broader Pace transfer numbers and retention rates. Pace University has a low overall retention rate of 60% for four year programs, compared to a national average of 68% according to National Clearinghouse. When broken down to each campus in the data shown below, it is clear that Pleasantville has a higher 1st and 2nd Year retention rate of 77% as of 2021, with New York City having 70% as of 2021.

The main issues students pointed out were with the student body, residence halls, and campus locations. Finkbeiner and Jordan emphasized a lack of unity and camaraderie in the student body in NYC and a more open and tightly knit community in Pleasantville. Rivera mentioned that there are more class options in New York City, likely due to the larger student body, and mentioned a somewhat contrasting opinion that Pleasantville’s student life is lacking in some ways.

An inference can be made from what the three students spoke about that NYC and PLV have unanticipated downfalls that a new student may not be expect upon arrival. Therefore, it is up to prospective students to make the decision themselves of which campus is a better fit for them and to do their research. It is also perhaps a wake up call to the university that students are not necessarily satisfied with the campuses.

Thank you for your donation!